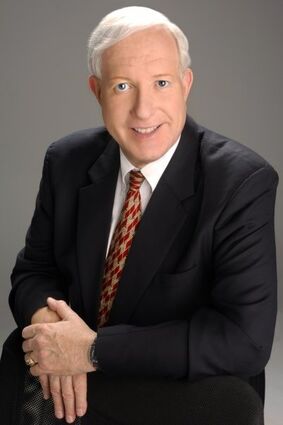 Orlando lost another builder of the Jewish community. Described over the years by many friends as compassionate; serious; deeply devoted to the community, Congregation Ohev Shalom, Israel and the world, Burt Chasnov, 75, passed away on Sunday, Jan. 15, 2023.

Burton R. Chasnov was born on Aug. 14, 1947 in Brooklyn, N.Y. and attended Brooklyn College where he was a member of Tau Epsilon Phi Fraternity. He received his bachelor's degree and became a Certified Public Accountant. He started his accounting career working in the Arthur Anderson New York office. He came to Central Florida in 1973 after seeing an ad in the New York Times that was seeking accountants interested in moving to Florida. He joined the firm of Laventhol Krekstein Horwath & Horvath. In 1978, he opened his own CPA business where he practiced for many years.

Chasnov's involvement with the Jewish community was influenced by his partner Joe Wittenstein, Z"L. One of his clients in the firm was the Jewish Community Center, which was a small wooden house back in 1973. Federation executive director at that time, Paul Jeser, brought him in to the young leadership group (which later became the Jerome J. Bornstein Young Leadership Program).

In 1976, after his father passed away, he said Kaddish at Congregation Ohev Shalom and became an ardent member. He later became a mainstay of COS, serving on the board from 1978, president in the '80s and again in 2002-2004. Up until his death, Chasnov was chairman for the Ohev Shalom Cemetery Committee and was on the finance committee for Shalom Orlando.

Friend Bob Gamson said that Chasnov helped COS become financially stable. "He's given us a vision towards the future, helped us grow from a small congregation to a quite large congregation today," Gamson told Heritage back in 2008 when Chasnov was the recipient of the Heritage Human Service Award.

Chasnov was able to give expert advice objectively. His peers respected and looked to him for an honest assessment of any situation. He strived for every organization to be fiscally responsible and that is one of his greatest legacies.

A lover of Israel, Chasnov led the local Israel bonds drives from the early 1990s to 2007. He brought in about $50 million in Israel Bonds. He and his wife, Barbara traveled frequently to Israel.

Chasnov chaired the COS search committee (which selected Rabbi Aaron Rubinger), served on the fundraising committee and was a leader in the committee development plans for the Maitland building.

In a Heritage article, friend Stan Roberts described Chasnov as a man who gets involved and gets things done.

As an accountant, he has helped Kinneret Council on Aging, served on the board of USY, chaired the TOP fund and was trustee for the TOP Jewish Foundation, Federation Budget and Allocations, and was a Federation treasurer.

In addition to the organizations already mentioned, his involvement in the Jewish community included Friends of the Israel Defense Forces, Chabad, Heritage Jewish News, United Synagogue of Conservative Judaism Southeast Region and National Board, Camp Ramah Darom, and PJ Library.

Chasnov was also known for his compassion. If someone needed a ride anywhere, he was there to help, whether it be a ride to synagogue or a doctor's appointment.

Chasnov was a man of great foresight. Back in 2008, in the interview for the Human Service Award, Chasnov said, "We need to change our business at the Federation as times change."

He lived to see the Jewish Federation of Greater Orlando merge with the Roth Family JCC and become Shalom Orlando.

He also recognized that the Federation is a strong supporter of Israel.

"... there is no organization that supports Israel the way the Federation does," he stated in 2008. "As the synagogue is central to my life, so Israel and support of Israel through the Federation is very important."

Chasnov is survived by his wife of 40 years, Barbara (Taylor); daughters, Beth Nance (James), Skye Reiner (Keith); and grandson, Benjamin Sauer. He also is survived by his close cousin, Freyda Cohen; sister in law, Ronna Hellman; and many generations of nieces and nephews. He was predeceased by his parents Jerome and Lillian Chasnov and his brother, Gary Chasnov.

The family request donations in Burt's memory be made to the following: