Moscow's former chief rabbi: ' The best option for Russian Jews is to leave' 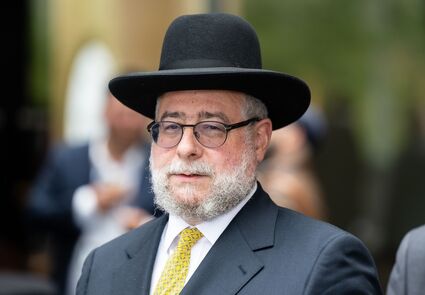 Pinchas Goldschmidt, Former Chief Rabbi of Moscow, attends the 32nd General Assembly of the Conference of European Rabbis in Munich, Germany, May 30, 2022.

(JTA) - Pinchas Goldshmidt, the former chief rabbi of Moscow who fled the country earlier this year, said other Russian Jews should leave before it's too late in an interview with the Guardian.

"When we look back over Russian history, whenever the political system was in danger you saw the government trying to redirect the anger and discontent of the masses towards the Jewish community," Goldschmidt told the Guardian. "We saw this in tsarist times and at the end of the Stalinist regime."

He argued that Russia's floundering invasion of Ukraine is starting to foster a similar environment.