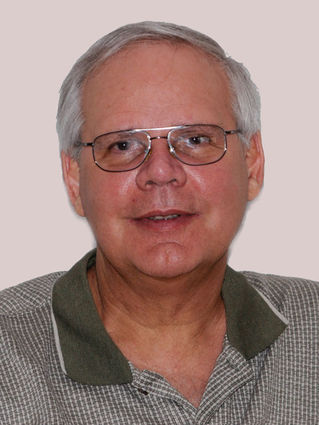 A native of Pittsburgh, Rabbi Thom, as he is known, graduated in 1970 from Clarion (Pa.) State University with a degree in education, although his final credits came from studying abroad during his final year at the Hebrew University of Jerusalem and Yeshiva Shomrei Emunim. During the early ‘70s, he studied in both New York City and Israel and was ordained in 1974 at the Yeshiva Chassaday Shamaym.

Rabbi Thom brings to Bet Chaim a colorful rabbinical background. From 1970 to 1972, he taught Hebrew in Orangeburg, N.Y., and was the associate rabbi at the Conservative congregation in Riverdale. He was offered the pulpit and moved to Congregation B’nai Sholom in Boro Park, where he served for four years, during which he was ordained. Simultaneously, he was the principal of the Regional Hebrew High School of Union-Essex Counties, New Jersey.

In the late 1970s, he was the spiritual leader of Congregation Beth Shalom in Olean, N.Y., then left the rabbinate to raise his sons.

“I am a Jew by choice,” Rabbi Thom has written. “Being born of the seed of Abraham was not enough for me. I’ve studied just about every religion known to mankind. From my early fascination with the ancient Egyptians to later studies of Catholicism and Buddhism, I have read, questioned and considered.…After much study, I came to the conclusion that Judaism, my ancestral faith, was the most reasonable and comfortable religious expression for me.”

In 1983, Rabbi Thom moved to Florida, where he taught at Florida Southern College, Valencia Community College and a number of Hebrew schools before joining the Seminole County school system, where he presently teaches.

Now that his youngest son, Jordan Jacob Thomas, is in college, he is returning to the active rabbinate. After attending several services at Bet Chaim, he was approached by the board of directors about the possibility of becoming their spiritual leader and, after much discussion, has accepted the position on a part-time basis.

Asked about his goals and philosophy for the congregation, Rabbi Thom said, “It is making Judaism available to everyone; to help Jews find their niche.”

He also wants to make sure he visits the sick among the congregants on a regular basis and intends to hold small havdalahs at his home in order to know the synagogue’s members better. Finally, he intends to set up some sort of hotline situation where members can share simchas and sorrows with each other.