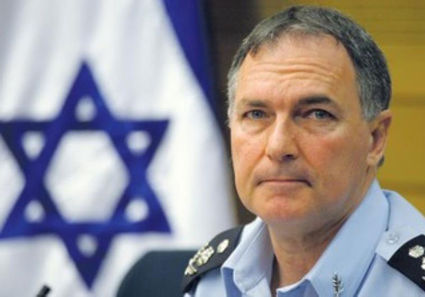 On Friday Oct. 24, the Jewish Federation of Greater Orlando hosted a festive Shabbat dinner in honor of the Israeli Police Inspector General Lt. General Yochanan Danino, the Israeli Police Attaché to North America Menachem Chaver, and a group of senior police officers from Israel who were visiting Orlando to attend the International Association of Chiefs of Police Conference held Oct. 24-26. Inspector General Danino was also accompanied by his wife, Yael, and daughter, Tom, and a group of friends who came to Orlando to cheer him as he received a prestigious leadership award from the Police Executive Research Forum. This award is presented annually to individuals who have made outstanding contributions to the field of law enforcement, and who exemplify the highest principles and standards in policing.

This year, the Israeli police chief was sharing the award with the Jordanian and the Palestinian police commissioners. Past award recipients have included Sir Hugh Orde, for his leadership as chief constable of the Police Service of Northern Ireland (2008); New York City Police Commissioner William Bratton (1997); and Charles Ramsey, for his work in reforming the Washington, D.C., Metropolitan Police Service (2007).

In his brief remarks during the dinner, Inspector General Danino gave a number of concrete examples of productive cooperation with the Jordanian and Palestinian police that had improved law enforcement and increased security. He acknowledged his colleagues, the four police chiefs from southern Israel, who have displayed courage during this summer's Protective Edge operation. Inspector General Danino thanked the Orlando Jewish community for honoring him with a special Shabbat dinner.

The dinner was co-sponsored by the Orlando chapter of the Jewish National Fund. The chapter was represented by Jim Riola, its immediate past chairman and a current co-chairman of JNF's National Community Campaign, and a number of chapter members.

The Jewish Federation was represented by President Rhonda Forest and a number of lay leaders. During the dinner, Israeli guests mixed with their American hosts and had a lively and friendly conversation. The common thread that united everybody that evening was their passionate love for and support of Israel.

The Jewish Federation was gratified by this unique opportunity to welcome and honor a senior Israeli official and show our community's support for Israel.