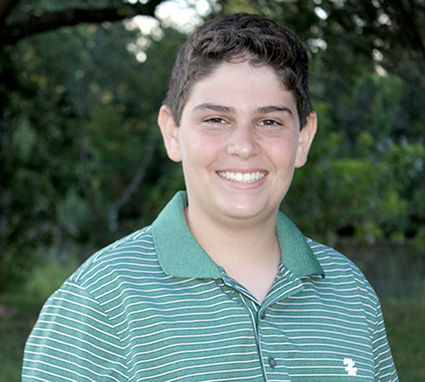 Austin Robert House, son of Debbie and David House of Winter Park, will be called to the Torah as a bar mitzvah on June 20, 2015, at Temple Shir Shalom in Oviedo, Florida, officiated by Spiritual Leader Beth Schafer.

Austin is going into the eighth grade at Tuskawilla Middle School where he is an A-B Honor Roll student and a member in the Jazz and Symphonic bands. His hobbies include playing the trombone, watching comedic YouTube videos, playing video games, camping, fishing, hunting and hanging out with his family and friends.

Sharing in the family's simcha will be Austin's grandparents, Bea and Larry Travitsky of Oviedo; his brother Alex; and aunts and uncles, Robin and John Goebel of Lumberton, Texas, Dr. Lance and Amy Cassell of Sarasota, Fla. and Evan Travitsky of Las Vegas, Nev.; as well as relatives from Altamonte Springs, Boca Raton, and Sour Lake, Texas.