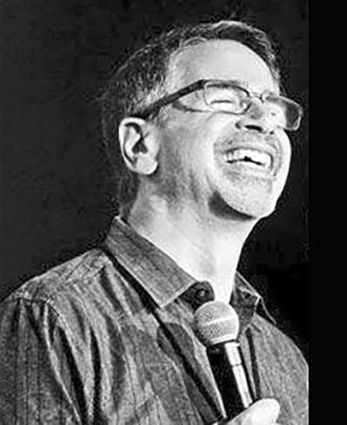 Scott Alan Friedman, better know as Scott McKenzie for most of his radio career, died on Tuesday, Aug. 11, 2015, after a 7-year battle with non-Hodgkins lymphoma. He was 59 years old.

Scott, who was called by his mother, "The best mistake we ever made," was born Feb. 18, 1956, in Columbus, Ohio. He is survived by his wife of 25 years, Dr. Fran Lesser Friedman, and their daughter, Lauren Nicole Friedman of New York City.

Inspired by the Beatles, his brother's love of media and arts, and watching the excitement created by local DJs during remote broadcasts, the radio bug first hit Scott at the age of 12. Knowing he had to overcome his shyness to achieve his career goals, Scott pushed himself to become active in the Radio/TV program at Ohio University. He quickly realized that as long as he was speaking into a microphone, the shyness magically disappeared. He then advanced to hosting daily morning shows each year before earning a BS in communications in 1978.

In his 36-year radio career, Scott worked at four stations before landing what he called, "The job of a lifetime"-waking up Orlando each morning with laughs and fun for the past 24 years. Not one to overly self-promote, Scott always hoped that his work would speak for itself. But what he enjoyed the most were the creative collaborations and spontaneous shenanigans on and off the air with the lifelong friends he made at each stop.

Scott could never be accused of taking himself too seriously, but the same cannot be said about the care and attention he gave to his daily bowl(s) of soggy cereal.

Scott and Fran were married on his birthday, when she became his gift of a lifetime. Throughout their marriage, they remained playful sweethearts and true best friends. Together they provided a home full of love and laughter in which their daughter Lauren could feel safe, inspired, and free to be a goofball like her parents. A proud daddy, he always considered himself to be Lauren's biggest fan.

Scott had no interest in growing up. He cherished his childhood, and continued all the passions and interests he enjoyed as that 12-year-old boy... including playing guitar in the Orlando-based band Simulcast, which he cofounded in 2007 with talented musicians who quickly became his extended family.

Looking back on it all, there's no doubt that Scott loved his life, the era in which he lived it, and the people with whom he shared it.

In addition to his wife and daughter, Scott is survived by his parents, Dr. Max and Marjorie (Grundstein) Friedman of Columbus; siblings, Jerome "Bone" Friedman, Terry "TP" Janis (Leonard), and Jo-Ann "JoDo" Saunders; father and mother-in-law, Dr. Erwin and Sima Lesser; sister-in-law, Ann Wolff (Dave); brother-in-law, David Lesser; eight nieces and nephews; and 12 grandnieces and nephews, all of whom he loved very much.

Scott is proud to have been active in the Leukemia and Lymphoma Society, The Children's Miracle Network, and the Coalition For The Homeless of Central Florida. In lieu of flowers, please consider making a donation to any or all of these charities.

- written by the family