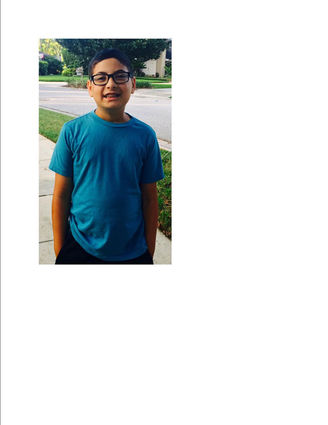 Robert Lewin Dorman, son of Brian and Amy Dorman of Longwood, will be called to the Torah as a bar mitzvah on Nov. 19, 2016, at Congregation Beth Am in Longwood.

Robert is in seventh grade at Sanford Middle School where he is an excellent student. His favorite classes include aeronautics and civics. When Robert is not watching NASCAR races, he can be found on the soccer field, watching Shark Tank or playing NASCAR video games.

Since Robert is obsessed with NASCAR, specifically Jeff Gordon, it was natural for him to pick "Race to End Hunger" as his bar mitzvah project and has set a goal to collect over 150 bags of food for Hamilton Elementary School as well as The Sharing Center, both in Sanford.

Robert is very compassionate as well as kindhearted and looks forward to sharing his bar mitzvah by honoring his great-grandmother's two young brothers, Shaulek and Zalek, who both perished in the Holocaust without a bar mitzvah.

The family looks forward to sharing their simcha with Robert's sister, Sarah; great-grandmother, June Lewin of Boca Raton; and his grandparents, Henry Lewin of Altamonte Springs, Rick and Mira Lawson of Cocoa, and Neil and Adele Dorman of Fern Park. Robert (and his family) are so grateful and feel so fortunate that his wonderful family and friends are coming to celebrate with him from New York, Massachusetts, Pennsylvania, Maryland, California, Alabama, Tennessee and Georgia.