How an injured skateboarder became an Israel Navy submarine officer 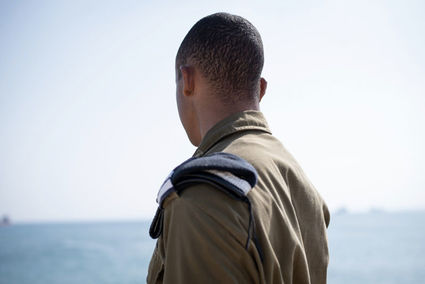 (JNS)-When Lt. S (full name withheld), a professional skateboarder, slammed into a safety barrier while traveling at 60 kilometers an hour during a sports event-breaking his back, pelvis and shin a few years ago-he knew he had a long road of recovery ahead of him. He also knew that his dream of having a meaningful service in the Israel Defense Forces would need to wait.

Now though, the experience of getting back on his feet helped him gain the mental fortitude that he would later call upon to complete a grueling Israel Navy training course and become a submarine officer-one of the most sensitive and critical roles in the Israeli military.

Born in Russia, Lt. S immigrated to Israel at the age of 3 and a half. In seventh grade, he fell in love with skateboarding.

After winning competitions and competing abroad, S's sports career abruptly ended in 11th grade, when the severe accident occurred during a day of filming on the skateboard. He began a year-long process of surgery, hospitalization and rehabilitation.

He delayed his military service by a year, giving him time to recover, and for the orthopedic specialists to remove a metal pole and axis they had placed inside his leg.

A military medical committee then raised his physical profile to 82-not far from the highest grade of 97-and high enough for him to place his dream of a special military role back on track.

He eventually received an invitation from the navy to join its officer's course, and began training to become a submarine officer. 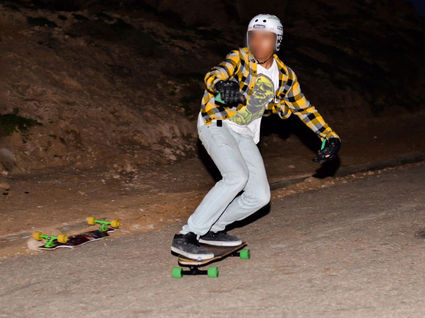 Born in Russia, Lt. S immigrated to Israel at the age of three and a half and later turned his passion for skateboarding into a professional gig until a tragic accident ended his career in 11th grade.

"The first six months were very physical. There were lots of swimming exercises in Eilat and rubber-boat drills," he recalled. After that, the cadets were divided up into areas of specialty, with Lt. S sent to the submarine course. "There is still a physical element, but this is more of a mental stage. It is harder. Committees checked our professional abilities, and we had to learn lots of material in a very short time. We had to acquire working tools. I had to believe in myself to manage this in the best way I could," he said.

Out of the 80 cadets who began the naval officer's course, 34 completed it successfully.

"Looking back, it might sound strange, but crashing into that safety barrier at 60 kilometers an hour helped me. The accident, despite breaking my entire body, put me on a rehabilitation process that prepared me for the mental challenges I encountered at the officer's course," he explained.

Naval submarines are one of the most strategically vital, expensive and advanced platforms in the arsenal of the Israel Defense Forces. Asked how he felt just before taking up his position under the waves, Lt. S said, "There is a lot of excitement. They prepared us for this. We really want to get there. We are waiting for this."