Giving is in the Farb's blood 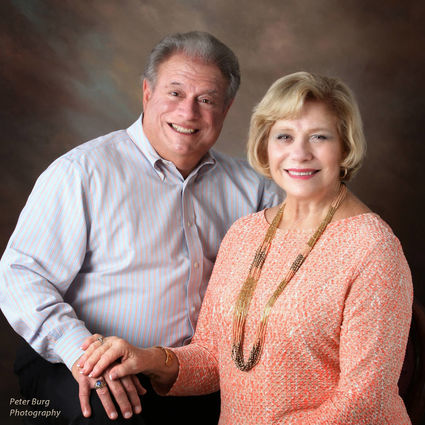 You can see it in their faces and hear it their voices, which come alive with passion as they speak about their 40-year commitment to the Greater Orlando Jewish community: Stuart and Jo Ann Farb derive pure joy out of the act of giving.

From the simple act of helping out a stranger to more formidable undertakings like shaping a community, the Farbs' approach to giving is rooted in a simple but powerful philosophy: Do the right thing.

The Farbs' long history of doing the right thing and giving back to the community-specifically their decades-long commitment to The Roth Family Jewish Community Center-has earned them a well-deserved moment in the spotlight as the top honorees at next week's J Ball gala at the Orlando Science Center.

"We often talk about giving your time, your talent, your treasure," said Keith Dvorchik, CEO of The Roth Family JCC. "Stuart and Jo Ann have given all three. We wouldn't have the type of community we do without leaders like them."

The Farbs' involvement as a couple with the JCC dates to the late 1970s, when the Maitland campus was poised to blossom from its humble origins as a single converted farmhouse to a complex that became the bustling hub of Jewish life in Central Florida.

The Farbs' children, Joel ("M.J."), Rebecca and David, attended the JCC's preschool and summer camp. Two of their grandchildren followed suit. Their two newest grandchildren, ages 6 months and 10 weeks, will attend the preschool in the near future. And there's little doubt that one day the Farbs' great-grandchildren will be regulars at the J as well.

Although they may be too young to fully appreciate it today, the Farbs' grandchildren have learned and grown and built friendships on a campus that Stuart was instrumental in shaping. As JCC president from 1991 to 1993, he helped to coordinate a major campus expansion that was well underway but, with a nation in recession and donors cutting back on charitable giving, was threatened by financial challenges. He served as a steady hand and kept the community focused on achieving its dream of a large, modern Jewish Community Campus. Just as important, he worked to help the JCC develop future leadership to ensure that the organization was prepared for the responsibilities that came with an expanded campus.

Stuart has also held various board and leadership roles in the community at Jewish organizations such as Temple Israel, Central Florida Hillel and the Jewish Federation of Greater Orlando.

To see how important giving is to the Farbs, you need look no further than one of their first dates when both were students at the University of Florida. It was a chance encounter with a Salvation Army bell-ringer one November evening in Gainesville that Jo Ann said changed her life.

"We were poor college students. We had gone out to eat, and on the way out we walked past a bell-ringer," she recalled. "And Stuart being Jewish... the Salvation Army... it just didn't connect to me. But he walked over and put money in the kettle. And I was so impressed by his generosity."

He explained to Jo Ann that he believed tzedakah applies to everyone, not just Jews.

"I had never met anyone who was that willing to give, from his heart and from his pocketbook," she said. That's the moment that cemented their bond, one that has grown stronger through 47 years of marriage and the raising of a loving family.

Ask the Farbs' children what they cherish most, and they don't miss a beat: family. It is a value instilled in them-and reinforced to this day-by their parents. To Jo Ann, the idea of "family" applies not just to her blood relatives, but also to the larger Jewish community.

Jo Ann began her involvement with the JCC in 1979, when son Joel started nursery school in that original converted farmhouse. She immediately began making connections with other mothers. These connections, along with those she and Stuart made at their synagogue, were the roots of what Jo Ann calls their extended family. They are friendships she cherishes to this day.

Jo Ann describes The Roth Family JCC not as a place, but as an experience that encompasses family, community and a sense of history.

"We made friends with people who had children that were our children's age," she said. "In a way, we all grew up together, as parents... The coolest thing to me now is when I go to the J to pick up my grandchildren, I see my children's contemporaries with their children, and I see my contemporaries with their grandchildren. It's an amazing community-a circle that just keeps on growing and growing."

Both Stuart and Jo Ann are characteristically humble when the discussion turns to their being lauded at this year's J Ball.

"I am honored, I am humbled and I am appreciative," Stuart said, "but I would be foolish if I didn't think there were so many others out there who deserve it just as much as Jo Ann and I."

For the JCC's Dvorchik, the selection of the Farbs is not only deserved; it's personal.

"I was lucky enough to meet Jo Ann and Stuart through their Gator and Hillel connections," said Dvorchik, who previously served as CEO of UF's Hillel.

"A big part of my choosing to come to Orlando was based on knowing the community and knowing people like Jo Ann and Stuart were involved," Dvorchik said. "They are the cornerstone of our community, and we are all blessed to be able to call the Farbs our friends."

Stuart hopes this award shows other JCC supporters that gifts of all sizes really are appreciated and really do make a difference. And when it comes to talk of a legacy, he says it all hinges on the values we cherish most.

"Hopefully my legacy will be that he was a good man, a good father and a good grandfather... who always tried to do the right thing."

The Roth Family JCC will also be honoring Judy Galkin, a 33-year employee at the Richard S. Adler Early Childhood Learning Center, with the Harriet Weiss JCC Legacy Award. The award was established to celebrate the efforts of a dedicated individual who has paved the way for others and will leave a legacy for others to carry the torch. 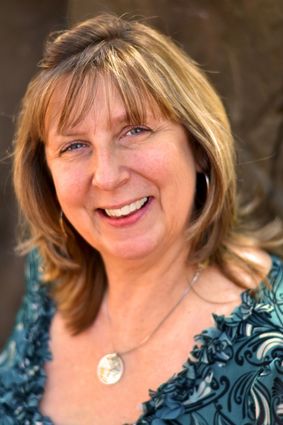 "We are very fortunate this year to be able to put the spotlight on Stuart, Jo Ann and Judy-three truly extraordinary people whose good work is a permanent part of our JCC's rich history," Dvorchik said.

Tickets are still on sale for the March 27 gala and can be purchased online at orlandojcc.org/jball: $100 general admission; $75 for parents of JCC preschool students and seniors over 64; $36 for members of The Tribe young adults group (must have attended at least one Tribe event previously).

The ticketing page also has information about creating a personalized congratulatory message for this year's J Ball honorees. Those messages will be displayed on the main stage video screen throughout the J Ball.