Temple Israel of DeLand is 66 and steadily growing 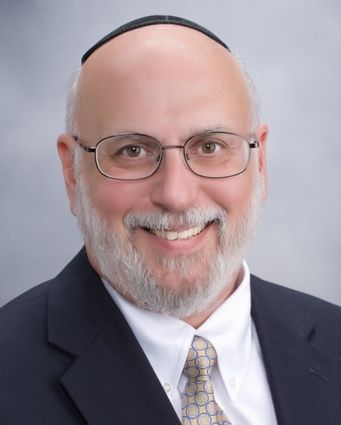 There is a thriving Jewish community in DeLand, Florida and it's growing by leaps and bounds.

The synagogue is situated 22 miles from the Atlantic Ocean and is less than five miles from the St. Johns River. DeLand is located in Volusia County, which is the county seat, and it's near Stetson University, a highly reputable liberal arts college founded in 1883.

The founders of Temple Israel were merchants in the area and they made up a small professional community who settled in a town whose population the year the synagogue opened in 1954, was a little over 8,650.

In the early 1950s, segregation defined the landscape. Black and white schools and bathrooms existed in a time only those of a certain age can remember. Jews were tolerated. However, there was a line that wasn't crossed socially. Jews living in DeLand had to stick together.

A small group of families collectively purchased a piece of property located on East New York Avenue. Miami developer John Bigman partnered with developer Max Weiss, and both contributed $500 each and agreed to build the property at a very low cost to its founding members. The Avins, Bauns, Fishers, Gibbs, Greenbergs, Shapiros, Snitzers, Speirers, and Weiss families pitched in $500 each to help make their vision a reality.

"It was called a 'social center.' One could make the point that it was the forerunner of today's Jewish community center. Harry Shapiro, who was a dressmaker at the time, was the first spiritual leader during its early years," Bob Sharff, past president of Temple Israel, explained.

They played cards, held life events like bris ceremonies and b'nei mitzvahs, and they worshiped together. No one knew for sure when it transitioned from a social center to a full-time synagogue. But they didn't have to drive to Daytona Beach to attend services anymore.

The 1954 building has remained unchanged. No major renovations have been done to the property. Names of past congregants and their families who were active in the temple in the last half of the twentieth century are enshrined on the walls.

"Its original structure is where we worship today. When you walk in here you sense the love... their love has never gone away. You can feel it when you walk through the door. I firmly believe it's the reason for the success of our congregation," said David Weinstein, current president of Temple Israel.

In the 66 years that Temple Israel has stood, their mostly Christian neighbors accepted them into the community. Temple Israel and its members have lived through some of the most prolific social and technological advancements in American history.

A small bimah is elevated at the end of the room. Behind it is an ark holding two Torah scrolls. During high-holiday services a choir consisting of eight to 10 members sits to the left-hand side of the platform. They sing traditional tunes accompanied by the rabbi on guitar.

The history of the congregation between the years 1951 and 1969 has not been adequately researched and recorded. That generation is mostly gone. In 1969 Jacob "Jack" Levinson became the spiritual leader of Temple Israel. He was a bus driver in New York City before coming to Deltona. He became the spiritual leader who did everything. He was a beloved figure who helped grow the congregation to more than 80 members. Over the years the synagogue has had various spiritual/prayer leaders.

Rabbi Reuven Silverman has been the spiritual leader of the congregation since 2007. Prior to assuming his role at the synagogue, Silverman was in the insurance business. "I owned a Nationwide Insurance franchise from 1981 until 2017." Rabbi Silverman said.

"I, however, have always had 'a calling,' to the rabbinate. I was the Saturday morning spiritual leader at Temple Shalom of Deltona way back in the 1980s, as they had no rabbi at the time.

"After that I was the Shabbat Gabbi for the Chabad of Daytona for approximately eight years. My wife and I bought a house over there so we could walk to Shul. I appeared on a radio program called The Jewish Sound. I learned a lot about my own spirituality during that time."

The rabbi is proud that his ordination is on the wall in the Oneg room of the Shul. "I remember the ordination ceremony was held in Boynton Beach, Florida," he recalled, "and from then on, my life's direction has changed dramatically. This, coincidently, occurred during the 60th anniversary of Temple Israel in 2014."

"We love him," is the consensus of all of Temple Israel's members. Rabbi Silverman is "genuine, knowledgeable, caring and a hoot."

They're known as a 'Reformadox Synagogue'-as they have elements from all over the traditional Jewish spectrum.

Between prayers at one Saturday morning service, the rabbi began telling a story about his trip to the Department of Motor Vehicles the day before. "Did you ever notice how excruciatingly long it takes to get through the DMV?" he observed. He told about the conversations he had with the people he had met with that morning. He continued on with the Saturday morning service, praying, and at times singing the prayers accompanying himself and the congregation while strumming chords on his guitar, pausing from time to time to interject his continuing saga at the DMV. Everyone in the congregation was engaged by his exploits, and reveled in his observations on human nature. His stories were hysterical. He managed to teach a lesson of what it is to be a Jew both morally, spiritually, doing everyday mundane things.

Temple Israel has a very active Men's Club and Sisterhood. Renee Kristall a member of the sisterhood said, "It's all about my sisters. We have a great time together. We have a book club, we've held fundraisers for Breast Cancer, we play mahjong weekly at the synagogue. And once a year our biggest fundraiser is our rummage sale. Many of us in the congregation contribute. We put the donated merchandise on tables and tents outside for an end of the week event. People in the community now look for it each year as it's become so popular. There is so much to do and you can get involved as little or as much as you want."

On Sunday mornings the Temple Israel Men's Club members get together for coffee and breakfast at Boston's Coffee house in downtown DeLand. "Perhaps someone will get the idea of opening a really good Jewish deli in downtown DeLand. The name would have a ring to it, you know-Downtown DeLand Deli. It's a natural!" They all commented and agreed if it ever happened, they would support it wholeheartedly.

"We have a Passover Seder at the temple each year. The food is fantastic and the coming together of our congregants is just wonderful. Everyone pitches in. All the food is prepared Kosher for Pesach by our president, David Weinstein. I kosher the kitchen. The kids are home from college, many of them grew up and were bar/bat mitzvah at the temple, so to them it's a homecoming. We're one big family," Rabbi Silverman said.

"On Wednesday evenings, we get together for Torah study. Every congregant is welcome. I prepare for this every week and we all learn together. The Wednesday Torah study is something that I love to do," Rabbi Silverman said. 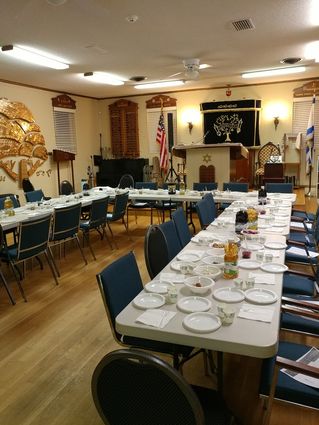 Last year Stetson University built a beautiful new Hillel center on its campus. Currently the Jewish population at Stetson is estimated to be over 11 percent, which means there are over 300 Jewish students on campus. Temple Israel welcomes the Stetson students.

During Chanukah, a Chavurah dinner was held at the Victoria Gardens Clubhouse, a 55-plus development that has been in existence for approximately 17 years. The attendance of the Chavurah dinner exceeded 70 people. Several attendees said that Jews from all over are moving into the Victoria Gardens development now being developed by Kolter Homes. They joked that "It feels like we're living in a modern-day shtetl."

"If you live in DeLand, or are in the area for Shabbat, be sure to check out Temple Israel of DeLand. You'll find a warm, welcoming, hamish group of people who will make you feel at home!" said Rabbi Silverman.