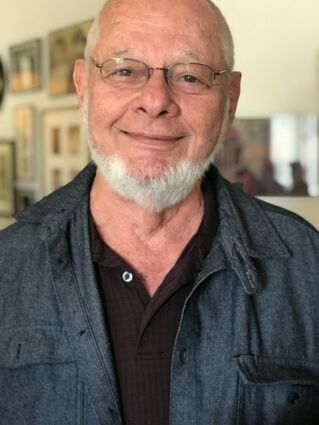 Burton Ira Blau, 82, of Altamonte Springs, passed away Saturday, Jan. 30, 2021, after a short battle with cancer. He is predeceased by his wife of over 50 years, Louise Wagman Blau, and is survived by his sister, Maxine Blau Derington, two children, four grandchildren and five great-grandchildren.

Burt was born on March 6, 1938, in New Jersey to Aaron and Belle Blau. He went to Rutgers University to study psychology where he met and then married Louise Wagman Blau. A little known fact was that he enjoyed playing the saxophone and was a drum major for the Rutgers marching band. It was around this time that he began his love of jazz which carried on through the remainder of his life. If you ever wanted to find him you could look for him at any of the local jazz concerts or follow the jazz music coming from his Alexa.

After Rutgers, he completed his PhD in Clinical Psychology at Southern Illinois University and had his son, Gary, while living in Carbondale, Illinois. He began his career at University of Tennessee in Knoxville when their daughter, Traci, arrived. He then spent over 30 years at University of Central Florida as a professor in the psychology department. He also practiced psychology in the Greater Orlando area and was well respected in the community. He will be remembered as a mentor to his students, a "top notch" educator to his colleagues, and a dedicated friend.

Burt and Louise loved to travel. Their adventurous spirits led them to seven continents and 150 countries. They enjoyed bringing their children on many of their trips, passing their passion on to the future generations. Burt and Louise were very active in the Jewish Community Center of Greater Orlando and could often be found working out in the gym. Even in their retirement, Burt and Louise made sure to stay busy. They continued their presence on the UCF campus and took classes through the Life Program.

Burt also volunteered for the Altamonte Police Department and became an avid bridge player. He played bridge several times a week and in multiple tournaments and was considered a dedicated partner and good friend. He also became quite an expert at jewelry making, and attended "jewelry camp" for many years trying to perfect his skills. Many women can be seen around Orlando wearing his pieces. For the past few years, Burt enjoyed spending time with his companion, Susan, playing bridge, watching jeopardy, and traveling the world.

Although Burt had a very busy life, his favorite role was being "Poppy." He was known as "Poppy" to his family and also to all of their friends. He had four grandchildren - Jennifer, Andrew, Felix (Lauren), and Mitchell; and five great-grandchildren - Logan, Evan, Ophelia, Elliot and Monty.

Burt lived an amazing and full life and will be remembered and missed by his friends (many of which he has known for over 50 years) and by his family. In lieu of flowers please donate to The Roth Family Jewish Community Center of Greater Orlando.