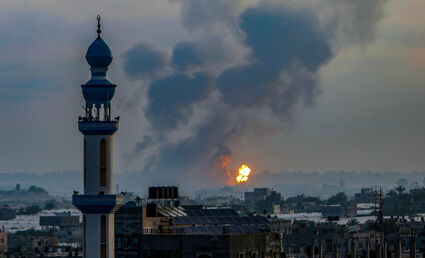 Flames rise after an Israeli airstrike on a site of the Izz al-Din al-Qassam Brigades, the armed wing of Hamas, west of Khan Yunis in the southern Gaza Strip, on May 11, 2021.

"United Hatzalah volunteers treated a bus driver who was seriously injured by a rocket that exploded near his bus in Holon, as well as six other people who suffered light injuries," United Hatzalah emergency service said in a statement....