Jews in the Land of Disney: Former city commissioner finds family thought lost in the Holocaust 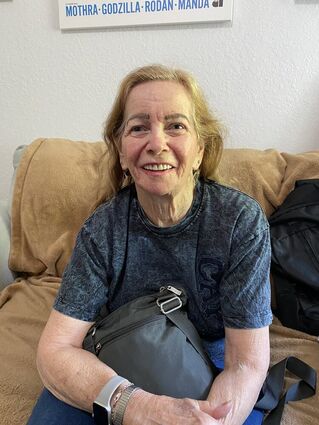 Sandi Solomon, three-term Casselberry city commissioner has found relatives who were thought to have perished in the Holocaust. Through a genealogy search that her daughter-in-law Sharon Fleitman of Atlanta had conducted while searching Yad Vashem's database, Fleitman discovered 31 pages of testimony that Henryk (Henry) Zyngier had given about his experience in the Holocaust when he lived in Tel Aviv in 1957.

Fleitman reached out to a Facebook Group, a genealogy portal, for help. Within eight hours a member had messaged her with the names of her two cousins who now live in the United States.

Henryk Zyngier, first cousin to Solomon, survived the Lodz Ghetto and Auschwitz concentration camp. He died of cancer in 1969. To Solomon's surprise his son, Geoffrey Singer, was living in Tennessee and his daughter, Helen Singer, was living in Ft. Lee, New Jersey. It's a journey that spans decades and a story of survival, tragedy, perseverance and faith that has finally come home to reunite a family in mid-September 2020.

Henryk Zyngier (later changed to Singer) had completed compulsory service in the Polish Army in 1937. He was a non-commissioned officer, a rank few Jews achieved serving in the Polish Army during that time. He was captured on Sept. 1, 1939, roughly two weeks after the German blitzkrieg into Poland, and sent to a POW camp in Czechoslovakia until he was released in January 1940. He immediately returned to his home city of Lodz.

In early February 1940, the Germans established a ghetto in the northeastern section of the city. Called Baluty, it was known as a decrepit part of town. Helping to define the ghetto's location, the Germans ensured that Jewish-run manufacturing plants were located outside its confines.

The ghetto was sealed off officially on May 1, 1940, by constructing wooden fencing, barbed wire and watchtowers around the defined area. German police patrolled the perimeter, prohibiting anyone from getting in or out without their permission.

It's estimated that at the time the population inside was 164,000 Lodz Jews. Shortly thereafter the Germans shipped in another 20,000 from Warthgau, part of western Poland, and approximately 20,000 Jews deported from Germany, Austria, the Protectorate of Bohemia and Moravia. There was also approximately 5,000 Roma or Gypsies relocated there. The initial beginning count of 210,000 were confined to an area roughly a little over 2.5 miles.

Zyngier had married a woman in the ghetto. Because of Zyngier's service in the Polish Army, he was assigned to guard the food supply for the ghetto. He and his wife fared better than others. They had a baby in 1942.

In January 1942, German authorities began to deport Jews from Lodz to the Chelmno killing center. Chelmno was one of the first of its kind, designed to take the prisoners shipped in through a deceptive process of delousing and showers prior to being interned. Instead they were led into mobile gas vans that were specially designed for killing. Once the Jews filled up the space, the doors were locked and a tube from the exhaust was diverted into the back bay. The carbon monoxide took ten to 20 minutes to kill the victims. The truck was then driven to open graves located in the forest behind the facility. Anyone still found alive was shot to death on the spot and then the bodies burned.

However, from September 1942 to May 1944, there were no major deportations from Lodz. Finally In the spring of 1944, Himmler stuck to his "Final Solution," and ordered the liquidation of the Lodz ghetto. Himmler's decision to close the ghetto would stop much needed supplies for the German war effort.

On June 23, 1944, the final liquidation began. By then, Lodz was the last remaining ghetto in Poland with a remaining population reported to be 75,000 thousand Jews. In July 1944 deportations resumed, 7,176 Jews went to the Chlomno Killing Center. With the Soviets approaching, the Germans changed strategy on Aug. 3, 1944, as the Cholmno Killing Center was too slow.

The Jews in the ghetto were told that they were being transferred to work camps in Germany. Six thousand people were shipped out daily via train to Auschwitz-Birkenau, which was the more efficient extermination camp.

Jews were concentrated at assembly points in the ghetto before deportation. The Germans first required the Jewish Council to prepare lists of deportees. As this method failed to fill the required quotas, the Germans resorted to police roundups. German personnel shot and killed hundreds of Jews, including children, the elderly, and the sick during these operations.

On Aug. 28, 1944, Zyngier, his wife and child were shipped to Auschwitz. In line at Auschwitz the Nazi's asked Zyngier's wife to give up her child. When she refused, the baby and mother were immediately sent to the gas chambers. Their child was two-years old.

Because of Zyngier's physical condition he was selected to work performing slave labor in the camp. Sent to Birkenau, known as Auschwitz-Two, he spent two weeks there, then he was transported to Flossenburg concentration camp in Germany near Nuremberg and the Czech border.

At the beginning of April 1945, and about five days before the American army occupied that area, the SS put the remaining 15,000 Jewish prisoners on a death march, which lasted 27 days. In May the war in Europe was a few days from being over and the commanding SS officer abandoned the remaining Jews. There were 3,000 survivors including Zyngier. The Soviet's found them in Lidice, Czechoslovakia.

When liberated the survivors were offered food and water and several survivors who gorged themselves collapsed and died. They discovered that the body used its remaining energy stores to process the food and the body collapses. Zyngier knew this and requested only a few sips of water. He was five-foot-seven inches and weighed 85 to 90 pounds.

Zyngier returned to the Lodz after his release from the camp. Life went on and there he met his second wife, Helen and Geoffrey's mother, Edwarda (Edjia) Mysliborska.

Edjia was confined in the ghetto from the beginning and worked as a seamstress at one of the factories doing forced labor. As the Jews were being shipped out of the ghetto, approximately 700 were selected to sort through the belongings that the deported Jews left behind. Anything found of value was to be shipped back to Germany.

During this time Edjia went into hiding with her sister, Dorka. They hid in a water tower for two days and nights. "Imagine what my mother had to endure in those two days standing in the water and excrement with little food and the uncertainty of whether you were going to live or die," Geoffrey said.

On Jan. 19, 1945, Edjia and Dorka came down from the water tower and were liberated by the Russian Army. The war was over for them. They had survived. 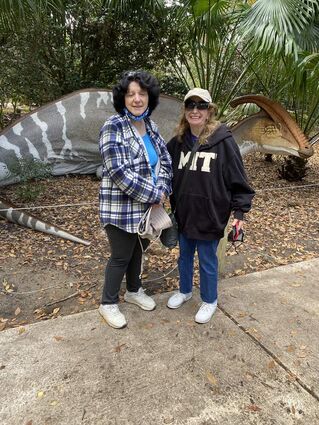 After the war, life did not become "normal" for the survivors, nor their children's lives. Next week Heritage will conclude Henryk Zyngier's story.