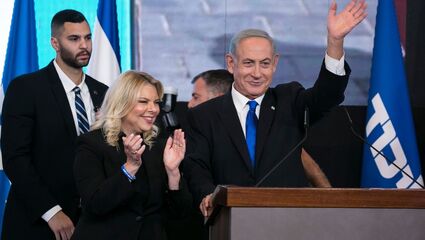 (JNS) - Apparently in Israel, the fifth time is the charm. After repeated attempts by the opposition, by defectors from his own right-wing bloc, by the prosecution and the Supreme Court to prevent embattled former Prime Minister Benjamin Netanyahu from ruling, the electorate finally ended Israel's protracted political deadlock by voting overwhelmingly in favor of Netanyahu and his natural-and loyal-right-wing allies.

With 87.6 percent of the paper ballots counted, Netanyahu's bloc is likely to surge to as many as 65 seats in the 120-member Knesset. The number represents a stable parliament...