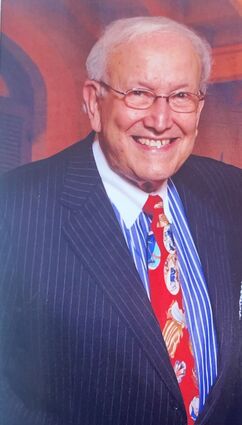 His community involvement spans many decades beginning in 1975 when he served for 5 years as the treasurer of the Florida Symphony Orchestra, followed by his term as president of the FSO. In 1977 he became president of PESO (the precursor of United Arts). Martin was president of the Palm Gardens HOA for a record 25 years in a row. More recently he was on the board of the Winter Park Library and was active in the committee for the new library building. His community service also included serving on the board of the Congregation of Reform Judaism. Martin enjoyed volunteering as a supernumerary (extra) in the Orlando Opera Guild's performances, along with other local professionals.

Martin served as president of the Central Florida Chapter of the Florida Institute of C.P.A.s and as president of the FICPA Educational Foundation. A close friend and long-time client established an endowed scholarship in Martin's name with the FICPA Educational Foundation, in appreciation for all he has done. His greatest pleasure each year was to go out to UCF and personally award the scholarship to that year's recipient.